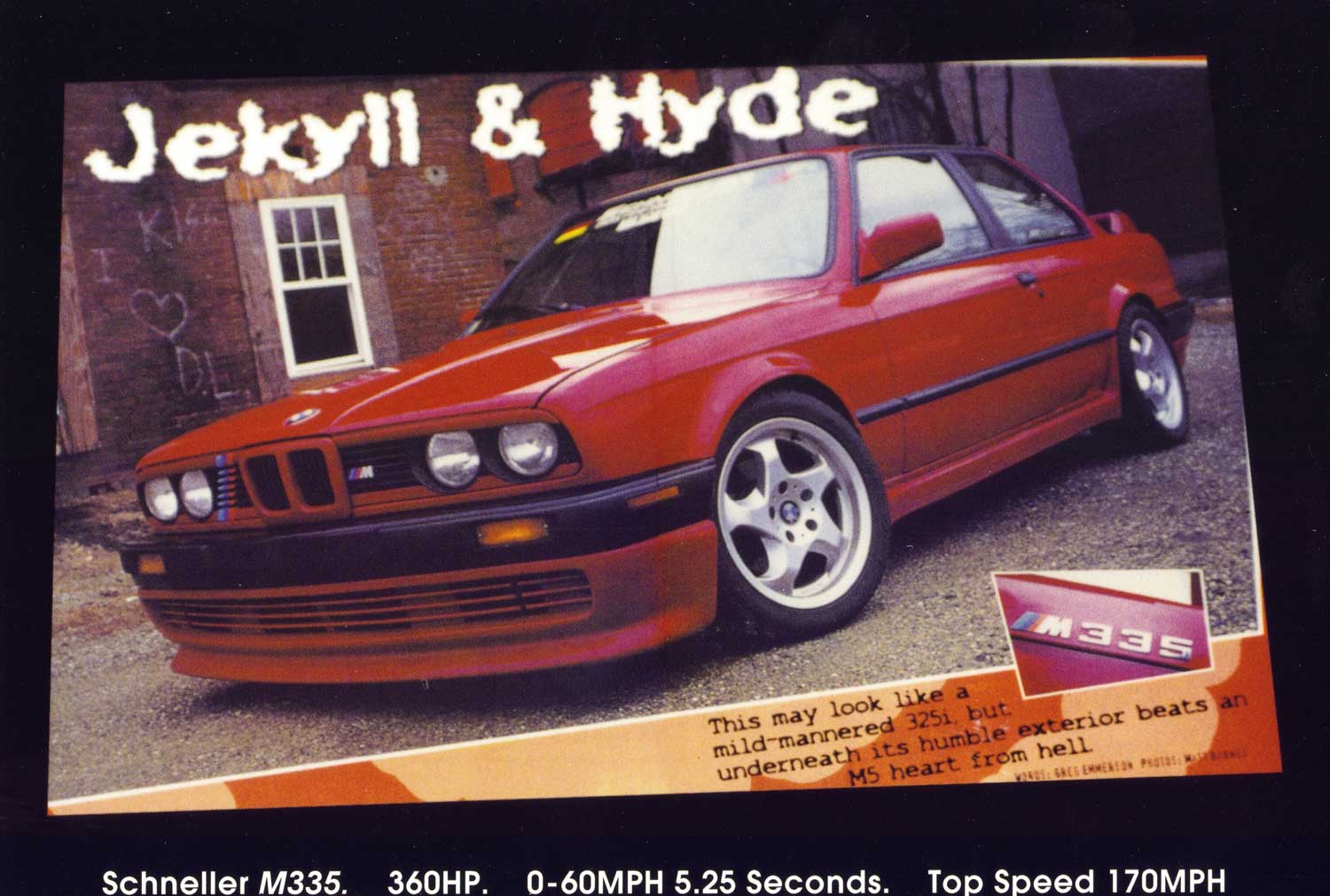 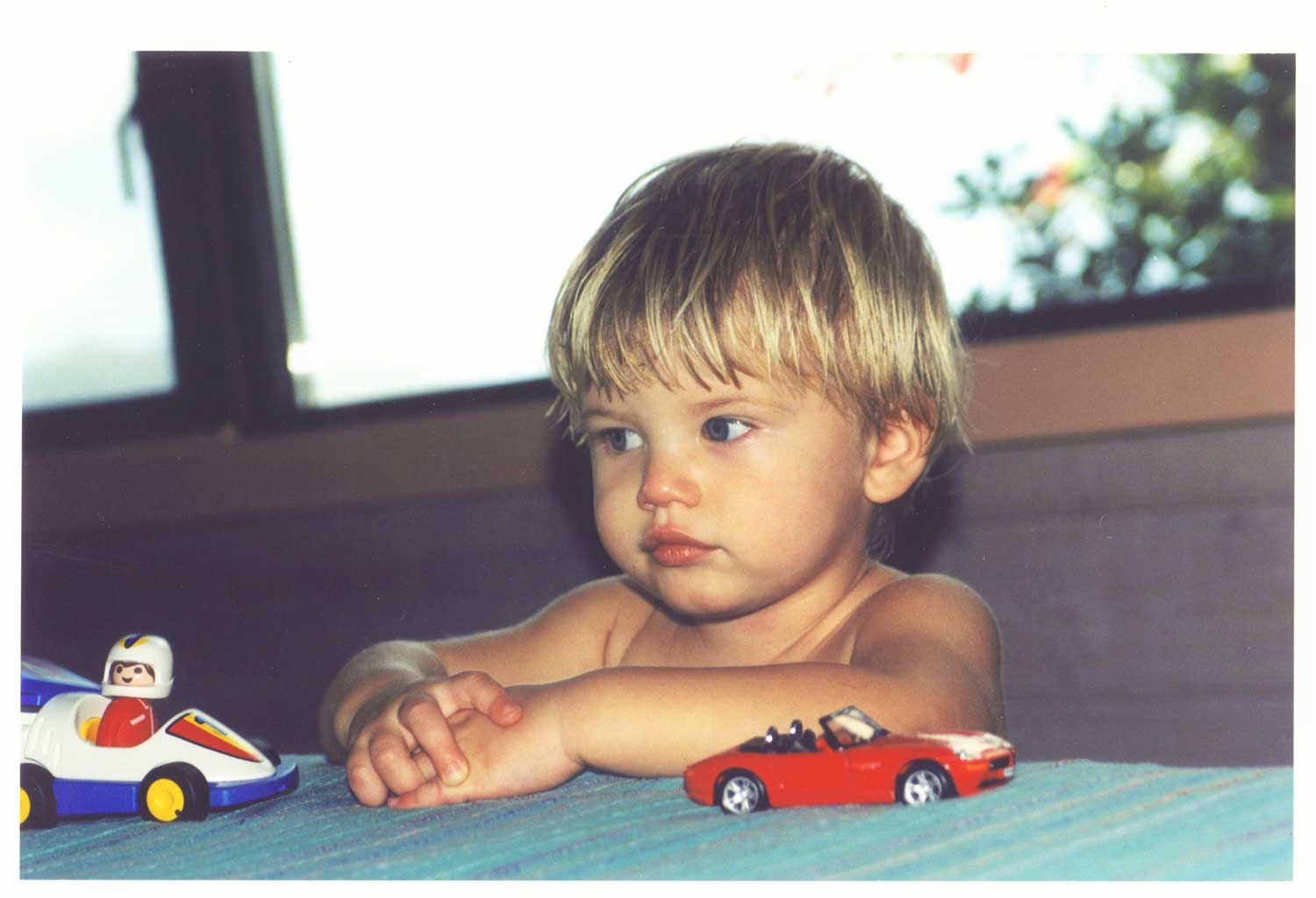 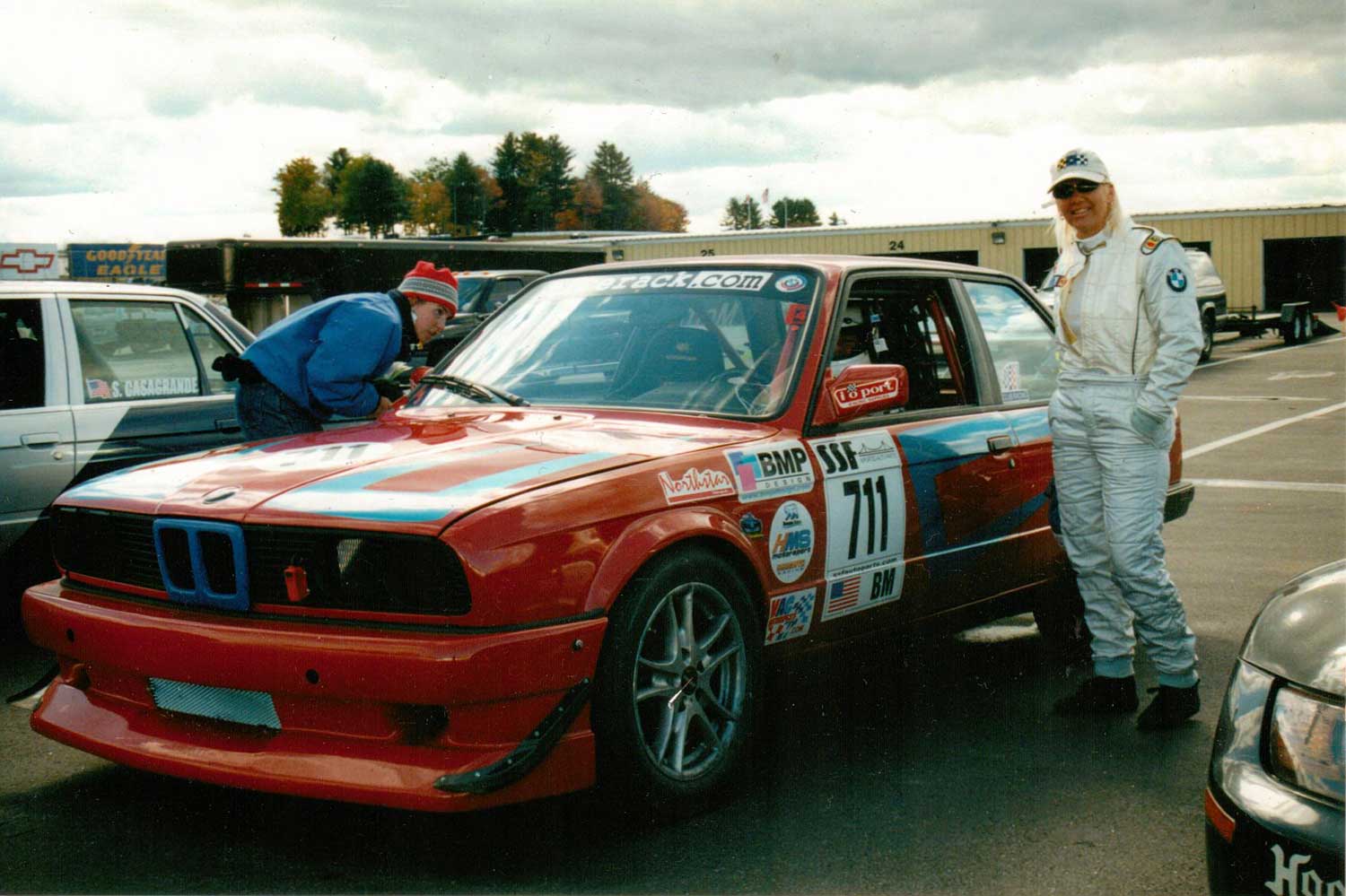 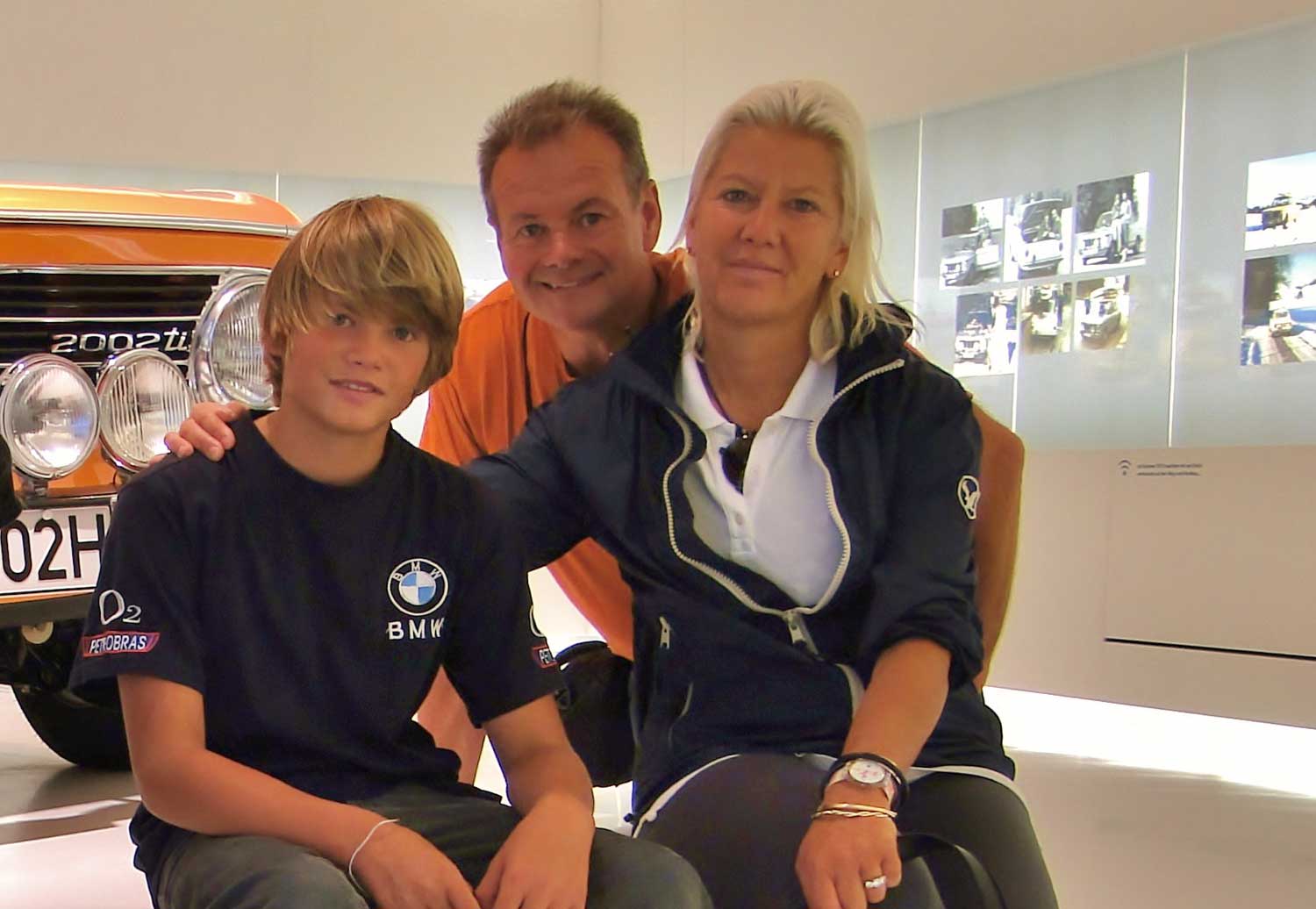 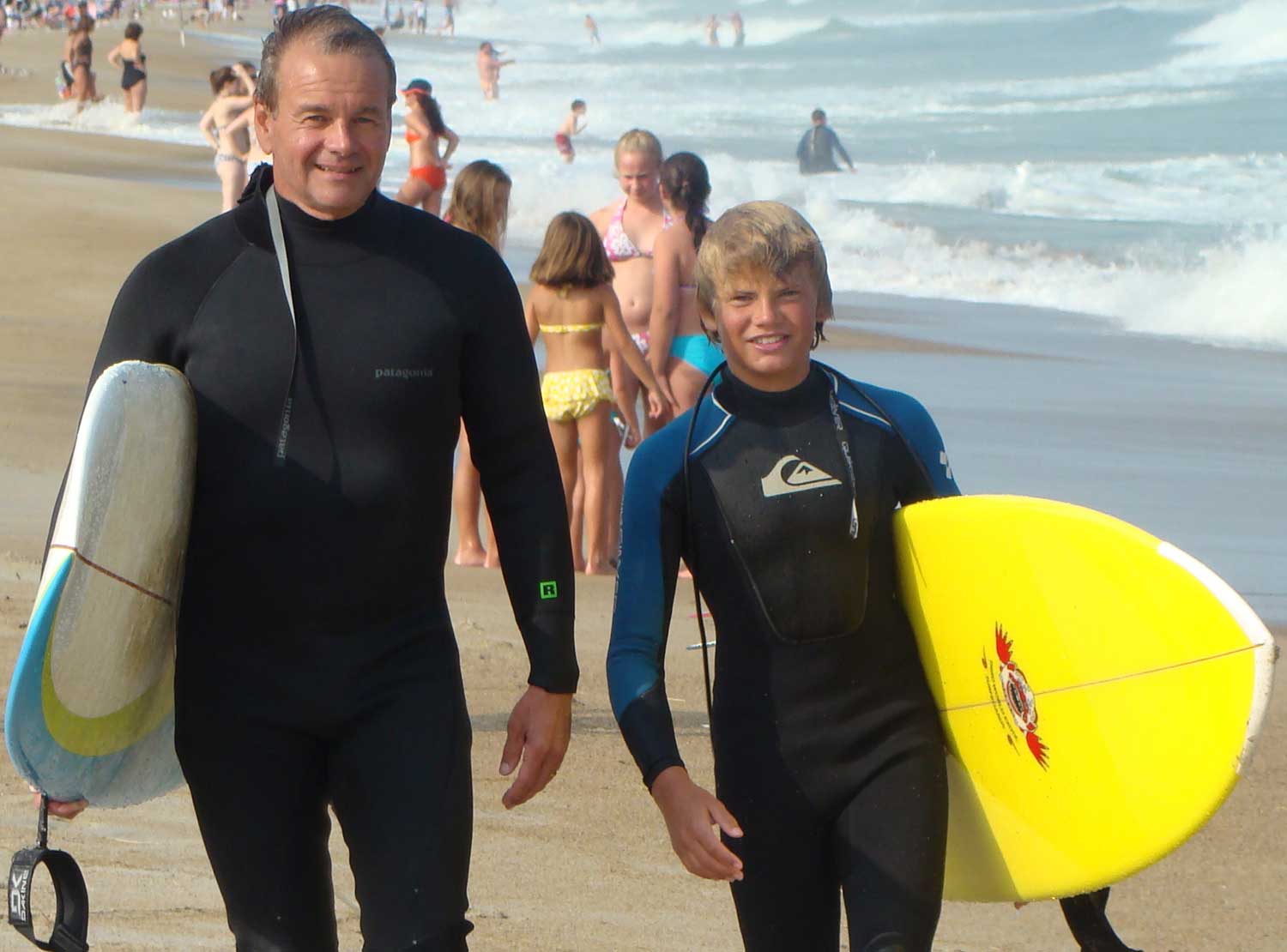 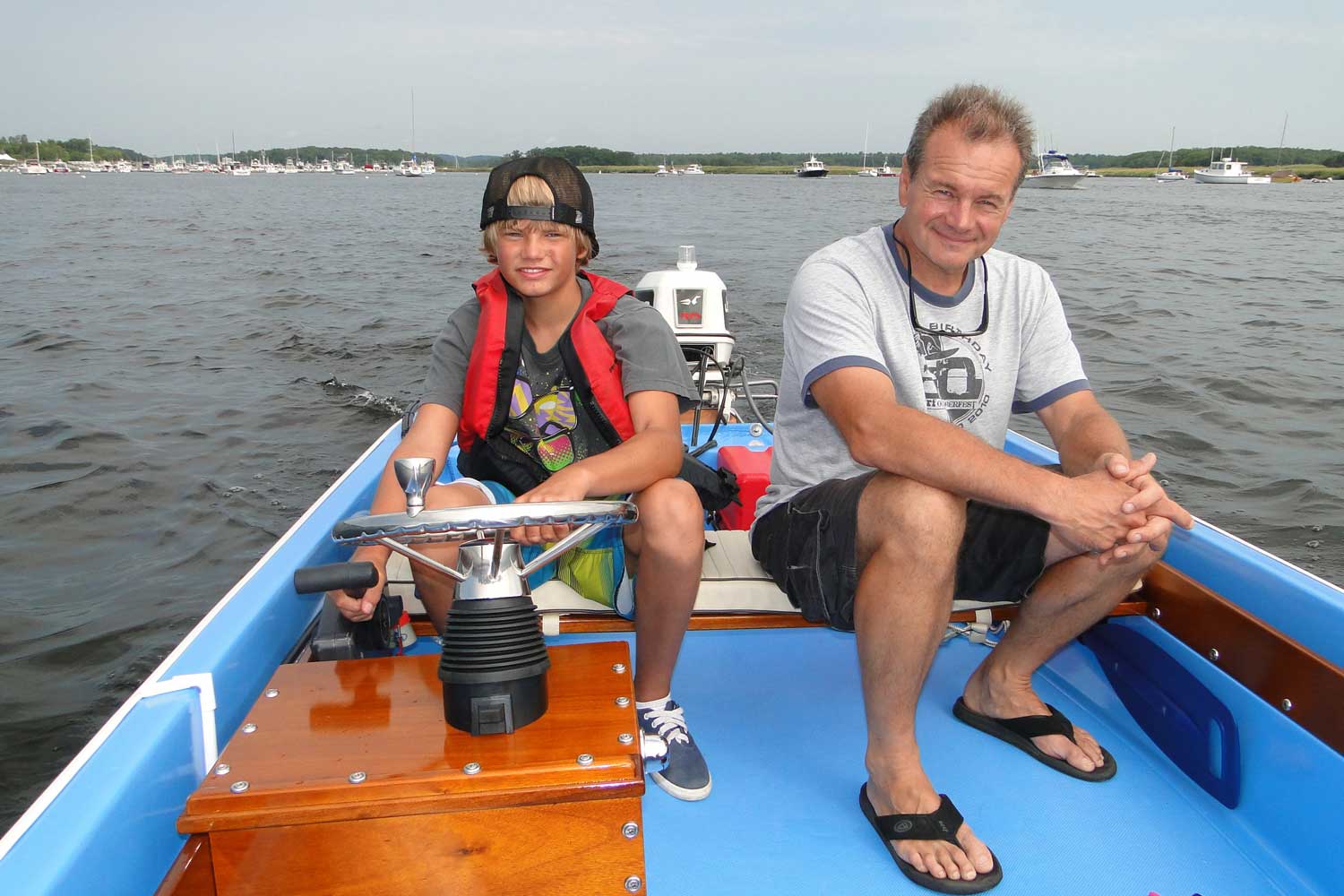 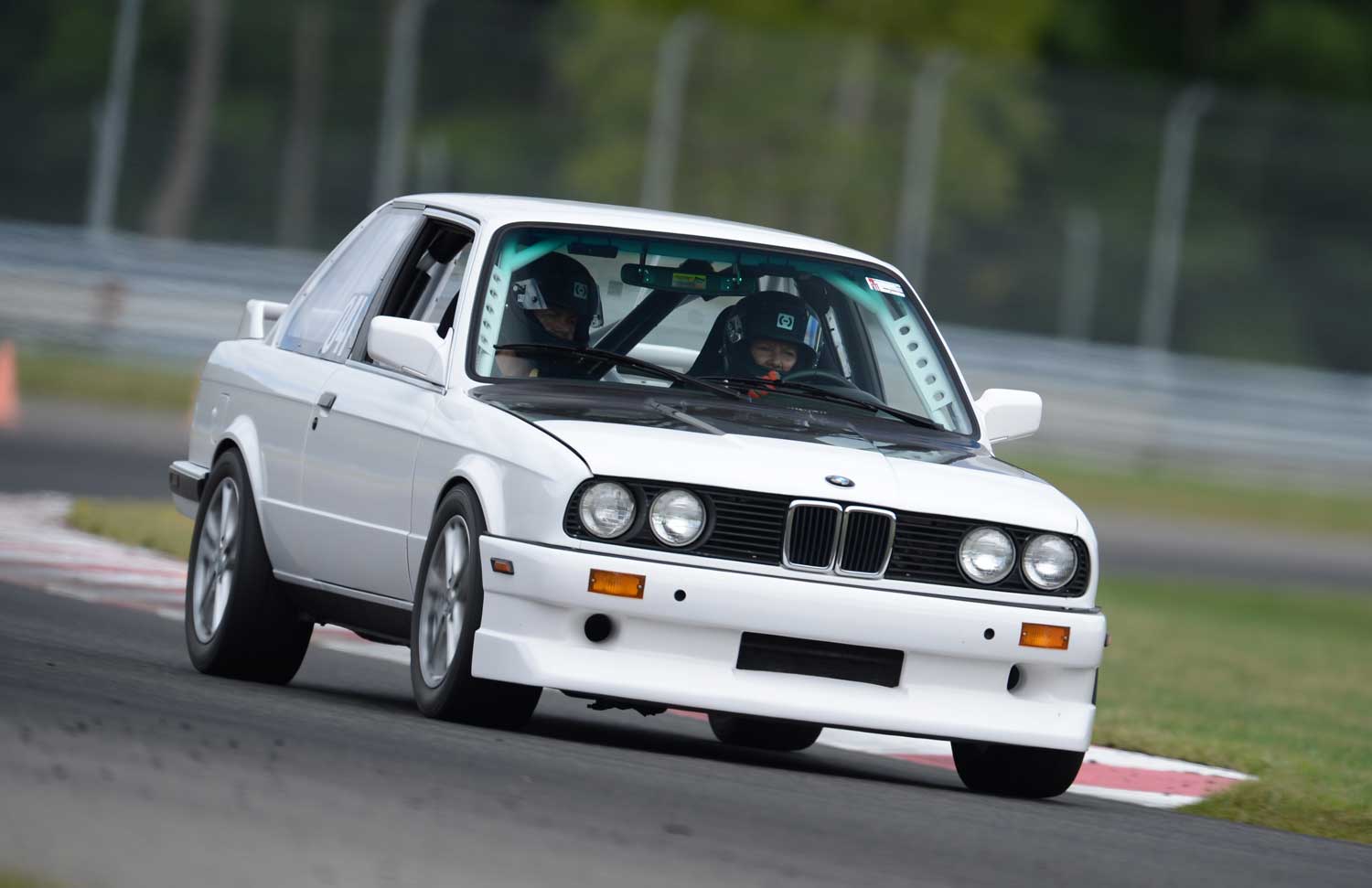 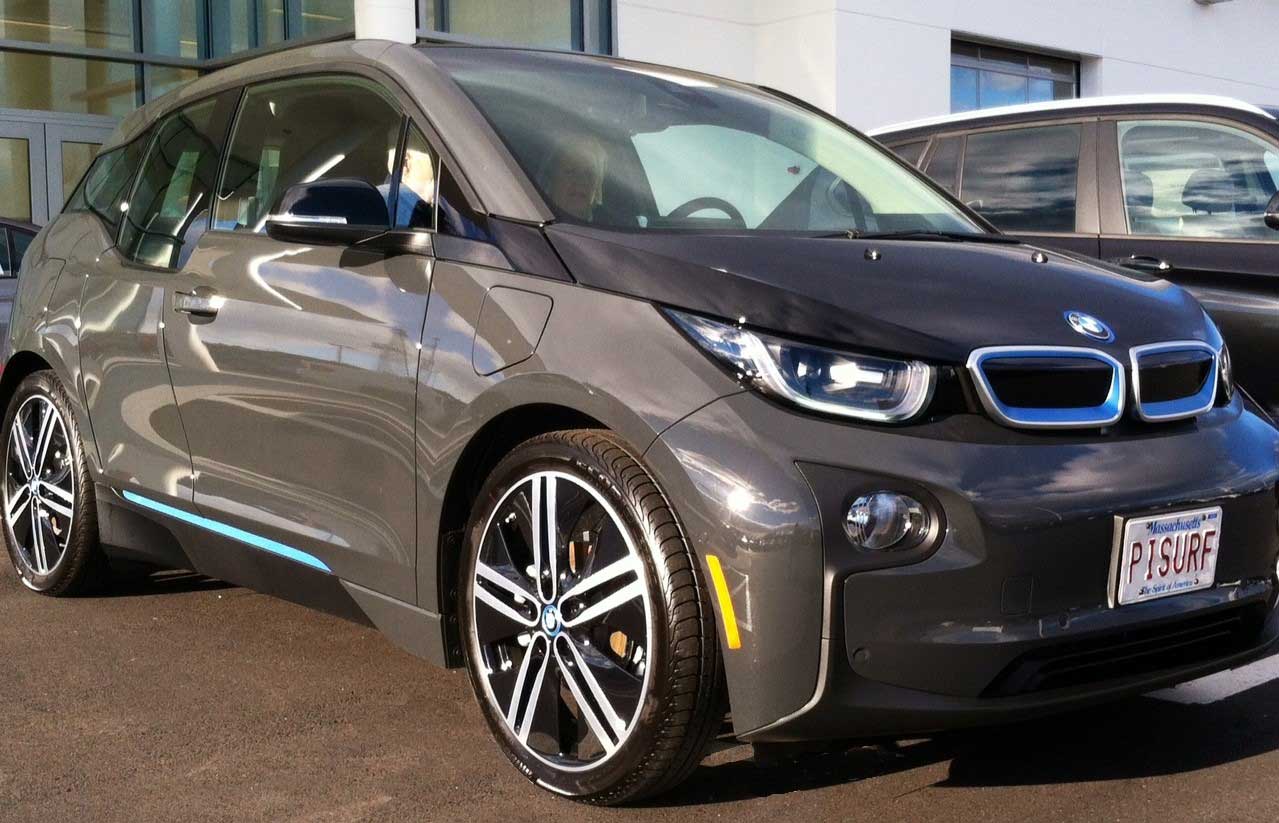 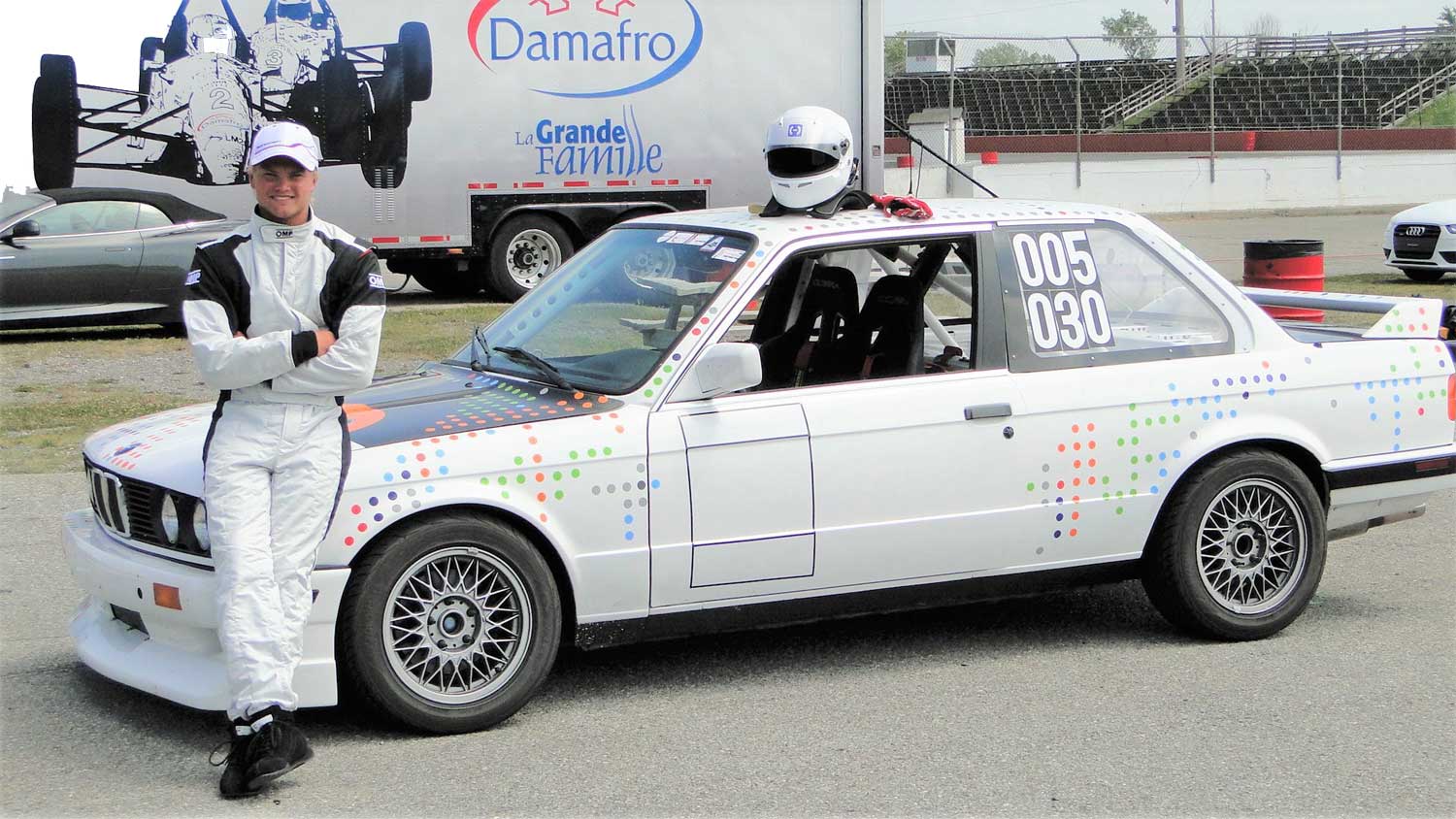 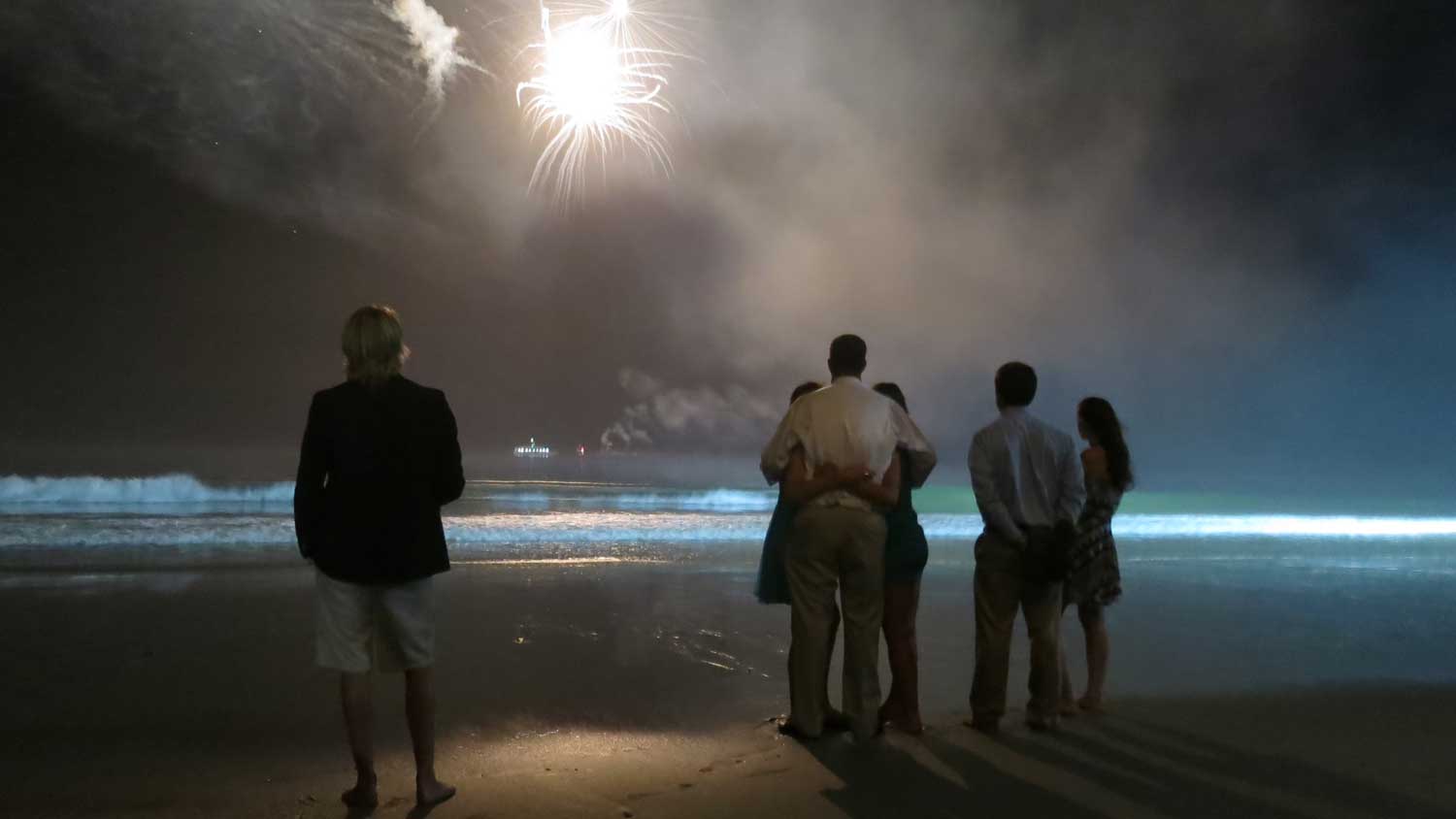 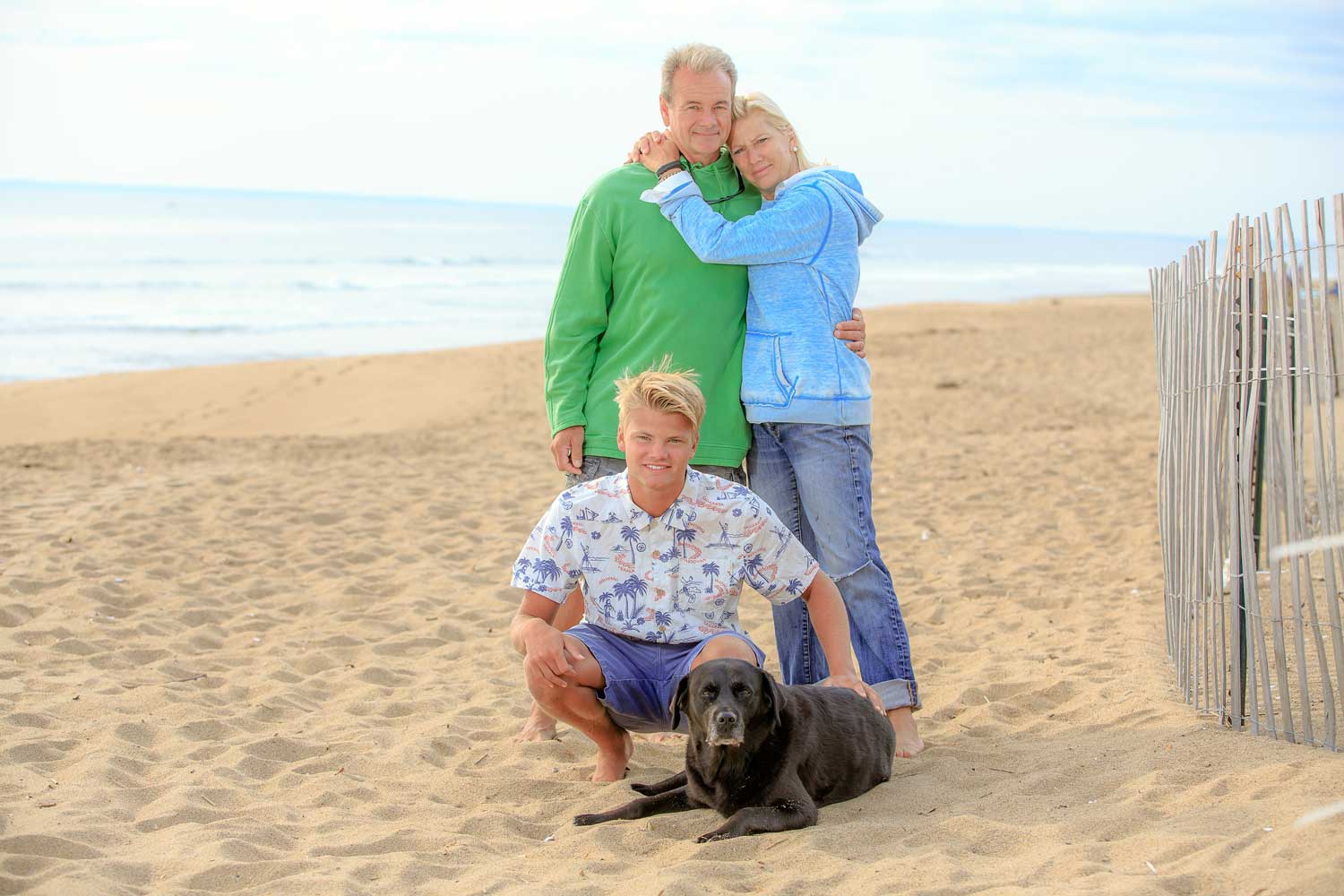 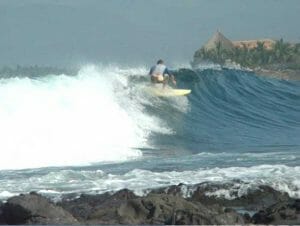 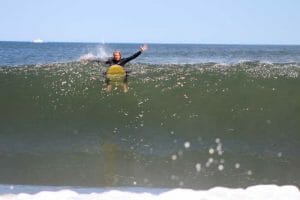 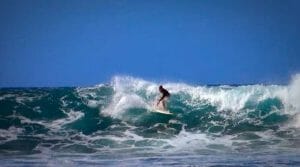 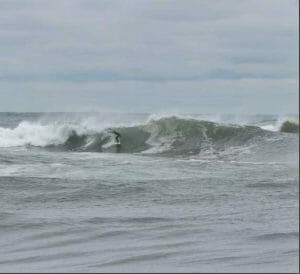 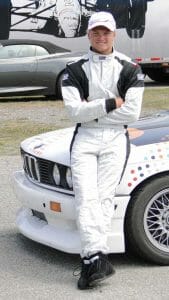 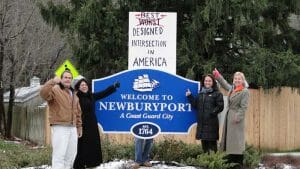 Mike Morris founded Schneller BMW Performance officially in 1994, but had actually started assembling his company in 1992. A BMW enthusiast & BMW Car Club Member since 1984, Mike was drawn into the BMW business through his passion for tuning & tweaking BMWs, ultimately making them "FASTER", which is what "SCHNELLER" means in German. So, there is no "Mr. Schneller" although Mike is often addressed as such.

Schneller made its appearance on the BMW Tuner Map in 1994 when Mike built, a BMW that the factory would never produce: a BMW 3 series powered by what was then BMWs most powerful street legal engine, a tuned 360HP S38 M5 engine. At the time, it was one of the quickest & fastest BMWs available. Accelerating from 0-60mph in 5.25 seconds w/ a top speed of 170-180mph (170 was observed, but engine revs were still climbing & not yet at redline!) it even offered more performance than BMW's 240HP 6 cylinder M3 introduced later that year.

The car was not only fast, but with a redesigned suspension & brakes it could also handle & stop as well. The drive train conversion was executed with factory like perfection and what's more, the car was 50 states smog legal.

The BMW enthusiast press picked up on the car. It was reviewed in EUROPEAN CAR, England's PERFORMANCE BMW, and BMW Car Club's ROUNDEL magazines. All this press put Schneller in the BMW performance limelight. Three additional M335s were thus produced, two from NY State and another all the way from Oxnard California.

As Mike became known for his expertise in BMW drive train conversions, customers sought him out to build some unusual cars: a 360HP 6 speed M7, a 360HP M5 Station wagon, and a true sleeper European Spec 520i powered by a 300HP S52 M3 engine. In the mid1990's Mike Morris, concurrently with late Pete McHenry of Precision Performance in Alexandria, VA pioneered the BMW M50/S50 performance engine conversions for the BMW e30 Chassis. This popular & relatively affordable drive train conversion led to some 30 additional performance car conversions using BMW's 6 cylinder (S50 & S52) M3 engines as their basis. Some of these cars have fallen into the hands of other internet "tuners" who now sell internet parts kits & "how to" instructions for the backyard mechanic seeking to do this conversion on their own.

The EUROPEAN CAR article attracted Hamilton Massachusetts native Jennifer Wright to Schneller. A car enthusiast herself, and always wanting to drive fast cars on the track, Mike & Jen had a lot in common. Soon love was in the air, and after a trip to Germany & a few days of hot rodding around the famed Nurburgring Race Circuit, Mike asked Jen to marry him. They then stole away to the British Virgin Island of Tortola that winter where they were married.

Two years later their son Hans was born. Weighing in at 7 lbs 11 ounces, that then became the number of the Schneller race car.

Surrounded by fast cars & mechanical things, Hans has developed into a little gear head himself and in 2006 at the age of 7 he completed the Junior Karting Program at F1 Boston.

Both long time BMW Car Club Members, Jen & Mike have participated in & sponsored numerous club driving schools and have since both become licensed BMW CCA Club Racers & HI Performance Driving Instructors. Should you sign up for a BMWCCA High Performance Driver Education event in New England, you might well get Jen or Mike as your instructor!

While she is a fast & capable driver, Jen's primary occupation is being the proprietor of JEN WRIGHT SIGNS http://www.jenwrightsigns.com/, a sign and graphics company that specializes in commercial & residential signage. Jen's work ranges from simple computer generated & cut vinyl graphics, to hand lettering & gold leaf signs. Jen also entered politics in 2006 as the first female elected to the position of Selectman for the town of Newbury, MA where she served for 3 years.

Aside from BMWs, another of Mike's great passions is Surfing & Oceanography. Surfing is a sport that Mike has engaged in since he was 11. Hans is following suit, having ridden his first wave at the age of 5. Mike and his family have travelled the globe from spots here in New England, North Carolina & southern California, all the way to the Caribbean, the Hawaiian Island of Maui, the Pacific coast of Mexico, and Costa Rica. In college, Mike studied physics, meteorology & oceanography with the goal of better personal surf forecasting. Over the years he has actually become quite good at it! While Jen served as Selectman for the Town of Newbury, Mike used his skills to completed a study "Unlocking the Mystery of Beach Erosion at Plum Island", revealing why erosion was happening at a local beach & what might be done to correct it. Officials from nearby Salisbury beach were so impressed with his work that they also called upon Mike to record his presentation & broadcast it on SCTVMC. If you're interested, you can view Mike's work here www.plumislanderosion.com and also at SCTV's website http://www.sctvmc.org/vod.html. (Follow the directions for video on demand & enter "erosion" in the search box & again check video on demand). Mike is currently active in the field of Surf forecasting. If you're a New England Surfer and want to know what's going on, you can check out his daily Surf Report at www.northernsurfer.com

Schneller is an established, reputable, & truly family owned business, comprised of people with diverse backgrounds & interests. Schneller has been servicing BMWs for almost 20 years now. Since its early beginnings as a BMW tuner, Schneller has since evolved into a BMW Service Facility that has its roots set deeply in BMW performance. Area BMW drivers now reap the benefits of this evolution. 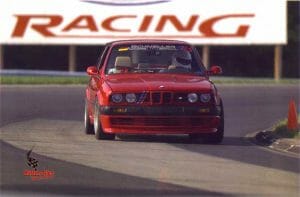 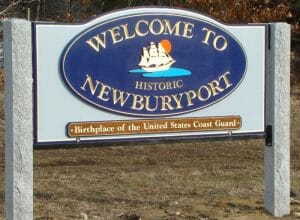 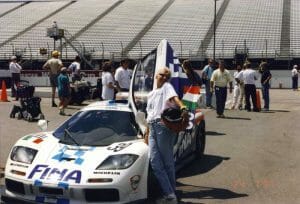 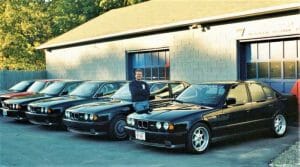 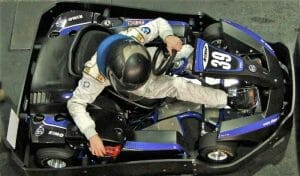 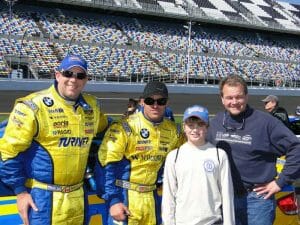 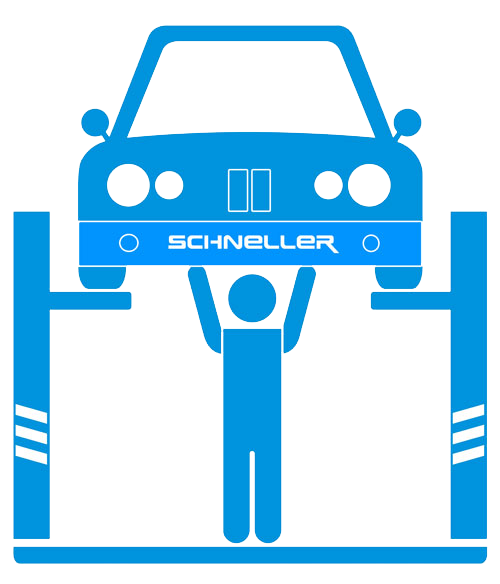